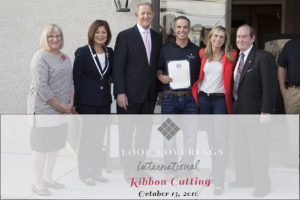 Jeffrey Bell, owner of Flooring Coverings International of NJ, PA and VT, was born in Montreal, Quebec. Jeffrey came to Cherry Hill, NJ in 1993 with eight racehorses that he owned and trained. He quickly realized that he was much better suited in the business world and purchased his first franchise Carpet Network of Cherry Hill.

After 14 years building that first franchise, the franchise chain was sold to a larger company, Floor Coverings International. It didn’t take long before Mr. Bell became the largest franchise among the 120 franchisees. As well as being the largest owner, he has been awarded the coveted Franchise of the Year title for the last four years.

Mr. Bell has an established track record of successfully building businesses -­‐ starting as young as 12 years old when he had a bike repair business. Over the years he has imported novelty items, built a car detailing business as well as trained and owned as many as 20 racehorses.

Always eager to Mentor and guide potential new and fellow franchise owners, he is often sought after for advice and expertise. He is considered an expert in sales and sales strategy as well as building and maintaining business partners and relationships.

Jeffrey Bell lives in Cherry Hill with his wife of 25 Years and children.